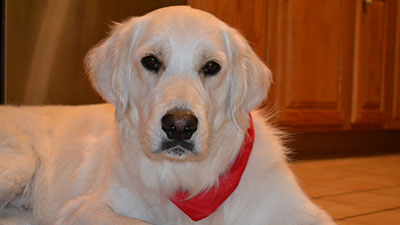 Two years ago, Leeza and Falcor had a litter of puppies and we were lucky enough to go get one. We renamed the puppy Buster and we love him so much. Just wanted to say thank you for the best dog ever! Buster is smart loyal and truly a family member. Prior to Buster we had 2 Labrador Retrieves, both at different times. They two were wonderful dogs but neither one of them were as devoted as Buster. I think the way you nurture the puppies right from birth sets them up on the right track. Buster will be 2 tomorrow and there isn’t a day that passes that I don’t say thank you!

We also enjoy all the photos on your Web site. Great job & Thanks again,