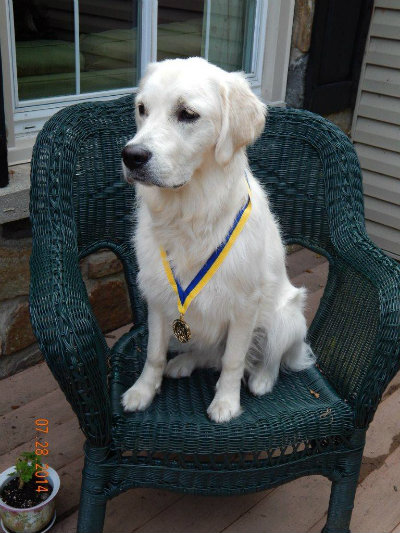 I wanted to let you know that Daisy passed her Canine Good Citizen test last night. After completing Puppy K and Obedience 1 and 2, I decided to try for it even though I thought she was still a little young and still has a lot of that puppy energy but she did great. I told her how important it was to me and as soon as she got into the ring for the test she became a perfectly well behaved lady. After the test I think she knew she did a good job. As soon as I said YEA Daisy!!! She took a big leap in the air. She is studying for Rally Obedience now so I’ll have to see how she likes that.